You’ve just brought your baby home from the hospital, and you’re getting ready for your first night without the care of nurses and doctors.

Unbeknownst to you, there are a variety of sleep options for your baby, and the time has come for you to make a choice.

Everyone is familiar with a crib, and everyone knows that the crib comes along a little later in a child’s life, typically around six months to one year.

You’ve also got a bassinet, something that’s a low profile that can be moved from room to room.

Lastly, you’ve got a pack and play. It’s got a combination of features, ranging from its sturdy albeit walls, allowing from proper ventilation to its bassinet feature that allows your baby to lay peacefully and seriously reduce the risk of Sudden Infant Death Syndrome (SIDS).

Then it hits you. Can a pack and play be used as a bassinet? The answer to this is yes and no.

Most modern pack and plays are equipped for everything your baby needs, and this includes a safe place to take a nap.

As with most items sold nowadays for infants, pack and plays are required to pass extensive testing to ensure that they are safe and that they pose no danger to your toddler.

That being said, a pack and play seem like the dynamic duo of a crib and bassinet wrapped into one. It would just make sense to use it as a bassinet.

Before you do, there are a lot of factors to consider. So, let me highlight a few of them.

Unlike the bassinet, the pack and play are large, actually larger than crib size, making it much larger than a bassinet.

Although it is lightweight and designed to be moved (it’s called PACK and PLAY), it creates a rather large obstacle in whatever room it is placed.

This doesn’t make it convenient for new parents getting used to random nightly wake-ups and feedings. It could become a trip hazard to tired eyes, which could lead to an accidental trip resulting in harm to you or your baby.

For this first reason, it makes much more sense to let your baby sleep in a bassinet instead of a pack and play during those first few months.

Another factor to consider with the pack and play is the “forget about them” mentality.

That changes, however, when you’ve got a “safe play environment” for your baby. It is made of mesh and foam. It was built with baby safety in mind. And because of that, it’s easy to put your newborn in there and walk away, to not be as attentive because you know they are safe.

Because of the walls, babies are harder to see at a glance than they would be in a bassinet, which makes it harder for you to check on them. The sides of a bassinet, however, are much lower, allowing a clear line of sight at all times with your newborn.

Lastly, pack and plays are built with several functions in mind,

one of those functions being play. They come with assorted toys and mobiles designed to keep your baby’s attention and help develop its mental cognition.

These things are all well and good, but these are not designed for a newborn baby. It has not yet developed the motor skills for play.

Parents must be vigilant with these accessories, making sure that the pack and play are baby safe before introducing new elements.

So, Can a pack and play be used as a bassinet?

When it comes down to it, there is nothing fundamentally wrong with using a pack and play as a bassinet, because it is designed with that feature in mind. However, modifications must be made and special attention must be paid to keep your baby safe. You can check our bassinets for safety

Bassinets are already designed for the purpose of newborns, where the American Academy of Pediatrics (AAP) recommends a newborn be placed in a bassinet for the first six months of its life, or until it gains the ability to sit up.

In addition to that, a bassinet is simply smaller and more versatile, making relocation that much is easier for parent and child. If you are still puzzled then have I look on article why do you need a bassinet.

When it comes to baby gadget and devices, get your pack and play, but use it for play. For a great night’s sleep with your newborn, nothing can compare to a bassinet.

Now, it’s your turn. Come in the comment section and let me know what you are using for your newborn baby and don’t forget to share this article. 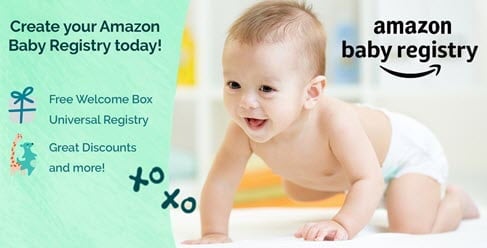